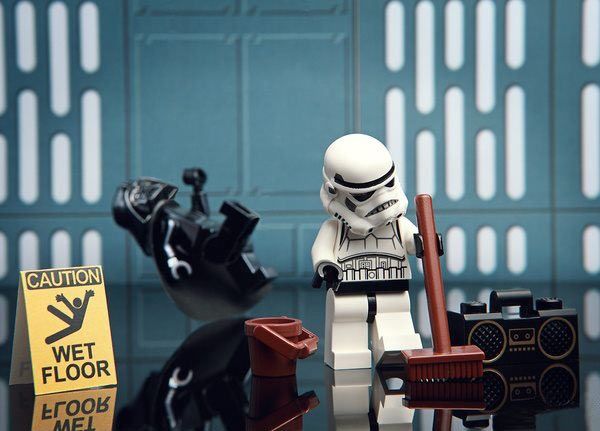 In the 80’s my brother’s and my Lego collection was legendary…in our village. Little did we know the Danish toymaker’s success was about to come tumbling down. Donkey Kong and the handheld console, followed by Atari, the ZX Spectrum and, later, the Playstation and Sega Megadrive would prove far more appealing than playing with plastic blocks. Inevitable panic moves into clothing and accessories nearly spelt the end for Lego in 2004. Yet 35 years on the Lego brand is healthier and more successful than ever. Having overtaken Hasbro as the world’s second-largest toymaker in 2012, there are now a reported 86 bits of Lego for every person on the planet!

The success is attributed to Jorgen Big Knudstorp, who took the company ‘back to brick’, and there are four key learnings for Content Marketers.

A Great Story to Support the Concept.

As a parent, I have the plausible belief that playing with Lego is good for my children. It must be more stimulating and educational to build things than to be glued to a tablet or a TV. This notion is reinforced by Lego’s strap-line: ‘Inspire and Develop the Builders of Tomorrow’.

Developing a solid Story for a brand or campaign is essential, but it needs to be B.U.S.T.: Big, Unique, Simple and True. In other words, make it stand out but be substantiated. Make it credible. Lego does this very well. They have a site dedicated to using Lego at schools as part of the curriculum, providing teachers with materials to download and use in the classroom. They offer workshops and dedicated products for learning. This all supports their principal message of ‘Developing the Builder of Tomorrow’.

12,900 to 7,000, the company also develop an in-depth understanding of its audience(s). It developed new ranges geared to different age groups: Duplo for the toddlers, Lego Friends for girls, Technic for teens and Creator for the aficionados and collectors.

Understanding the audience and adapting the story according to their preference lies at heart of solid Content Marketing. Most companies still focus on how they want to tell the story rather than what their audience want to hear.

One of the smartest moves Lego made is tapping into existing interests. The Lego Batman movie is a perfect example (predicted to be in top 20 of grossing movies 2017). Batman has been around for 76 years. It and the creators DC Comics have some of the most dedicated followers on the planet. It’s a story that never gets old and survives generation after generation. Making a Lego Batman movie seems obvious but it’s not Lego’s only co-productions. In fact, the list is large including Lego Star Wars, Lego Marvel, and most recently Lego Minecraft.

Understanding and tapping into the interests and conversations of the target audience make Content Marketing so much easier and effective. The product, of course, has to be relevant to these conversations (remember: B.U.S.T).

Tell the Story when the Audience is Listening.

Lego’s initial move into clothing and accessories came out of desperation. But their recent moves and franchises into games, movies and theme parks are smart. First, they concentrated on getting their story straight and tapping into their audience’s needs and desires. Only then did they expanded into other channels. Who is Lego’s audience: kids. What do kids love to do: watch TV, go to the movies and theme parks. What do they want to do when they get home (or stop watching TV): play with Lego. These channels have become their own demand generation centres for Lego products, thus the machines feeds itself.

Only a deep understanding of the audience and knowing where they are listening and attentive allows the creation of a meaningful engagement. And not all channels are right for every message or every audience. Knowing and deciding the best channels to distribute content is key to reaching the audience and successful content distribution.

So, maybe when our kids (or someone else’s!) are playing with their Lego, we might just pay a little more attention. We might just learn something.