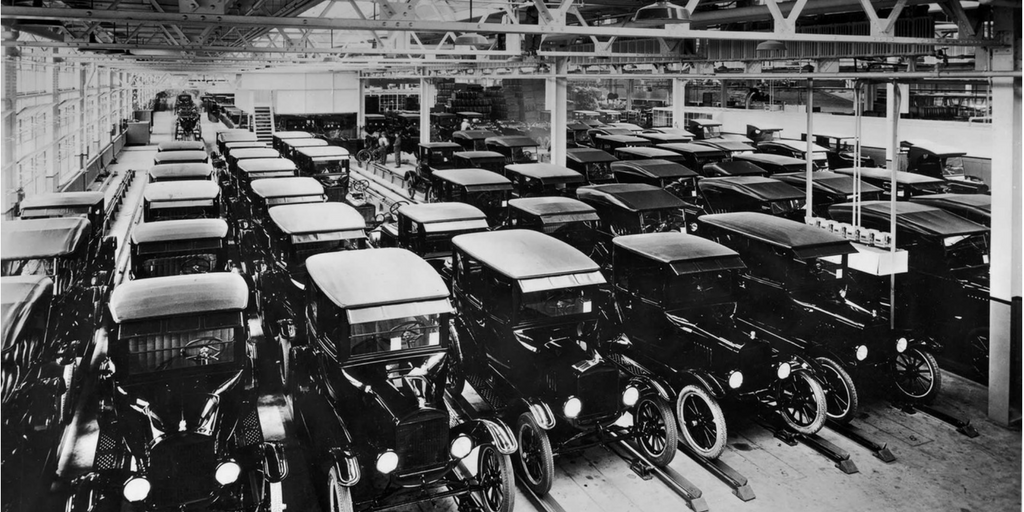 On our approach to the Moscone Centre, the primary focus of this year’s Oracle OpenWorld conference, couldn’t be clearer: automation.

Perhaps it was the ginormous banner stretched across the building blazoning Oracle’s claim of ‘The World’s First Automated Database’. Or the numerous sessions hinting, not so subtly, at the topic: Automation and Innovation for Application Management and Support, Automation Beyond DBaaS, SaaS Applications Using Rapid Process Automation – you get the idea.

As an agency working for enterprise technology brands, we have witnessed the rise of automation for a while now but it was something DXC’s Mike Revitt said in his session (on Accelerating Cloud Adoption, Lowering Risk Through Automation and Orchestration) that really got me thinking.

In his session, he spoke of the Friday Car, a phenomenon that plagued car manufacturers before production automation. In a nutshell, as workers received their weekly pay on Thursdays and many headed straight to their local watering hole for their well-earned alcoholic refreshment, Friday’s production was basically a write-off. The number of vehicles with quality issues spiked on Fridays, leading to the phenomenon known as the Friday Car.

His point was simple: the necessity, being the mother of all invention, in the case of manufacturing vehicles, was not (just) the saving of time and money but the ability to deliver consistent quality in volume. Mike was using this example to substantiate the importance of automation in data management and system integration/migration, but it left me with a question:

What role, if any, should automation play in account-based marketing?

In Mike’s example, the Friday Car was caused by human error and inconsistency. In ABM, I believe human involvement is fundamental and the Friday Car might lie in the rise of automation.

Before I continue, I must caveat the section below by saying that at ALIAS we see ABM marketing on a 1-to-1 and 1-to-few level, and I am not referring to 1-to-many (aka programmatic) ABM.

Automation in marketing is undoubtedly extremely practical and effective. It plays to its strengths in collecting and processing information. Click To Tweet

Automation in marketing is undoubtedly extremely practical and effective. It plays to its strengths in collecting and processing information. For example automation in ABM is great for data processing and audience management; predictive intelligence can help with account identification and segmentation; social listening tools can identify the audience’s’ interest and needs; tracking enables attribution and the ability to measure engagement. Distribution platforms like Demandbase have also tuned their technology to enable automated targeting of accounts and entire buying committees, which is great for 1-many air cover.

However, perhaps this where its involvement in ABM should end or at least be tapered.

It is a reality that most Marketing Automation Platforms (MAP) and CRMs are not yet designed (and often able) to deal on an account level as they are configured to a ‘lead’ or individual level, which should raise concerns at the very outset when considering how to use them for an Account-based Marketing approach.

But a more common issue is the reliance on automation for engagement. MAPs are designed to handle volume and their logic is programmatic. Humans are not. And, when practising ABM, it is imperative to create a human-to-human (or peer-to-peer) conversation. The automation of inbound, outbound and nurture in account-based marketing will feel prescriptive and lack the authenticity that ABM requires. Nor is it practical for the level of personalisation that ABM requires.

An ABM message, through whichever channel it is communicated, whether email, social or via post, should be account personalised and come from a real person – after all, it will be answered by real people, who are unpredictable, unique and — in most cases where ABM is practiced — too valuable to leave to the machines.

So, my conclusion: automation certainly plays a role in ABM and human nature has it flaws (no one wants a Friday Car/Campaign) but it is exactly our human uniqueness that delivers ABM success.

Most important lesson: don’t plan an ABM campaign on a Friday.